Hoober Stand is a tower and Grade II listed building on a ridge in Wentworth, South Yorkshire in northern England. It was designed by Henry Flitcroft for the Whig aristocrat Thomas Watson-Wentworth, Earl of Malton to commemorate the quashing of the 1745 Jacobite rebellion.

It is open to the public 2–5 pm on Sundays and bank holiday Mondays from the spring bank holiday weekend until the last Sunday in September.

Hoober Stand is one of several follies in and around Wentworth Woodhouse park; the others include Needle’s Eye and Keppel’s Column.

Thomas Watson-Wentworth (the Earl of Malton and Lord Lieutenant of the West Riding of Yorkshire) fought for the British Government against the 1745 Jacobite rising. When the rebellion was crushed, George II elevated the earl to the 1st Marquess of Rockingham (the title Earl of Malton passed to his only surviving son). Watson-Wentworth commissioned architect Henry Flitcroft to design a commemorative monument.

The plaque found above the doorway

Construction lasted from 1746 to 1748, and the structure cost £3,000. The inscription above the doorway reads:

“1748
This Pyramidal Building was Erected
by his Majestys most Dutyfull Subject
THOMAS Marquess of Rockingham Etc.
In Grateful Respect to the Preserver of our Religion
Laws and Libertys
KING GEORGE The Second
Who by the blessing of God having Subdued a most Unnatural Rebellion
In Britain Anno 1746
Maintains the Ballance of Power and Settles
A just and Honourable peace in Europe
1748” 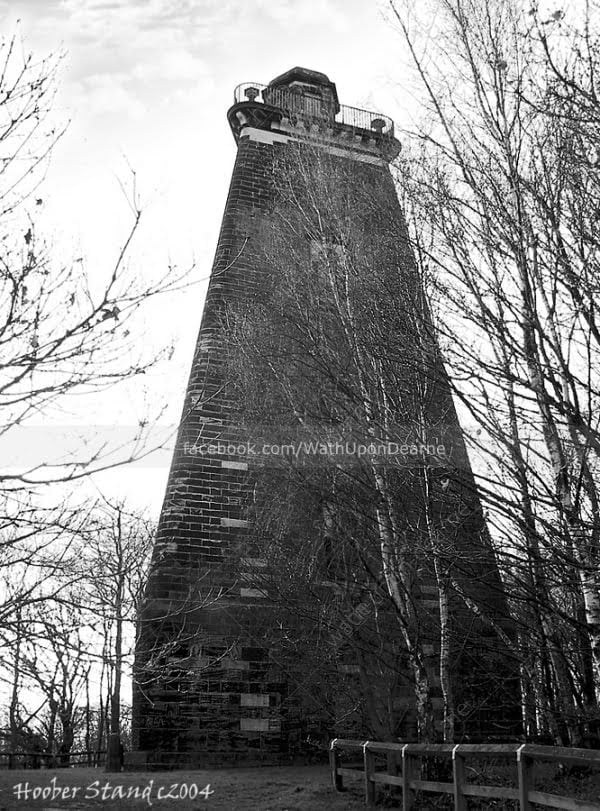