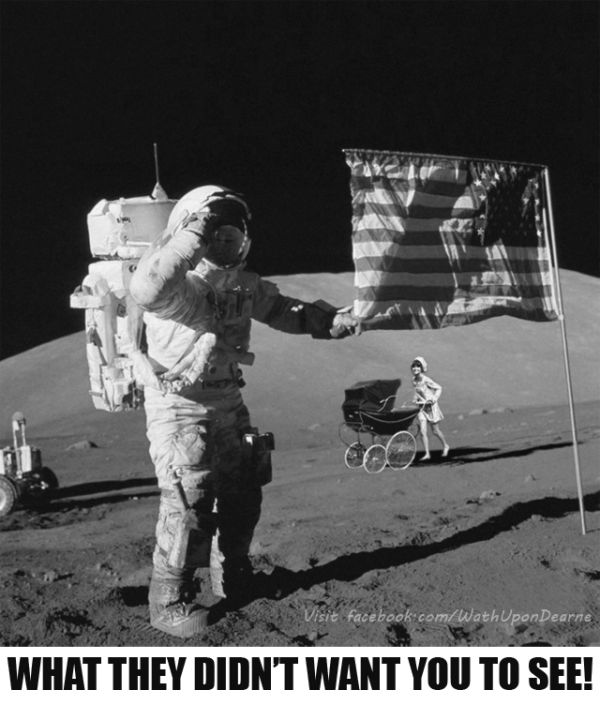 Not according to the numerous moon landing conspiracy theories which claim that some or all elements of the Apollo program and the associated Moon landings were hoaxes staged by NASA with the aid of other organizations.

The most notable claim is that the six manned landings (1969–72) were faked and that twelve Apollo astronauts did not actually walk on the Moon.

Various groups and individuals have made claims since the mid-1970s, that NASA and others knowingly misled the public into believing the landings happened, by manufacturing, tampering with, or destroying evidence including photos, telemetry tapes, radio and TV transmissions, Moon rock samples, and even some key witnesses.

Much third-party evidence for the landings exists, and detailed rebuttals to the hoax claims have been made. Since the late 2000s, high-definition photos taken by the Lunar Reconnaissance Orbiter (LRO) of the Apollo landing sites have captured the lander modules and the tracks left by the astronauts.

In 2012, images were released showing five of the six Apollo missions’ American flags erected on the Moon still standing (the Apollo 11 flag was accidentally blown over by the takeoff rocket’s exhaust, but is still there).

Conspiracists have managed to sustain public interest in their theories for more than 40 years, despite the rebuttals and third-party evidence.

Opinion polls taken in various locations have shown that between 6% and 20% of Americans and 28% of Russians surveyed believe that the manned landings were faked.