The castle was initially built in the 11th century by William de Warenne, the Earl of Surrey, after the Norman conquest of England in 1066.

Hamelin Plantagenet, the illegitimate, parvenu son of Henry II, acquired the property by marriage in the late 12th century.

Hamelin and his son William rebuilt the castle in stone, including its prominent 28-metre (92 ft)-high keep.

The castle remained in the family line into the 14th century, despite being seized several times by the Crown. The fortification was then given to Edmund of Langley, passing back into royal ownership in 1461.

Conisbrough fell into ruin, its outer wall badly affected by subsidence, and was given to the Carey family in the 16th century.

Its derelict state prevented it from involvement in the English Civil War of the 17th century and the remains were bought by the Duke of Leeds in 1737.

Sir Walter Scott used the location for his 1819 novel Ivanhoe and by the end of the 19th century the ruins had become a tourist attraction, despite the increasing industrial character of the area. 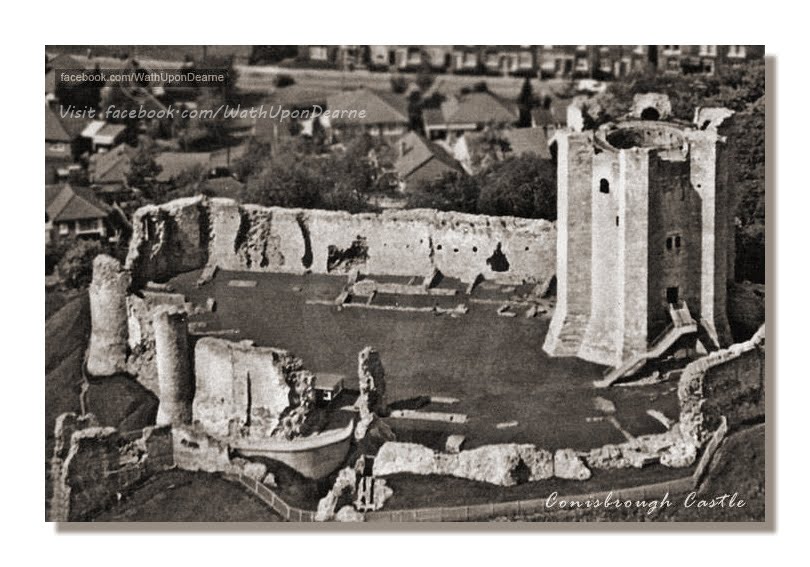