THE QUEEN OF VILLAGES

Mexborough Power Station was a coal-fired power station situated on the bank of the River Don on the border of Mexborough and Denaby, adjoining Doncaster Road.

The plant operated from the early 1950s. The site housed four generating sets of approximately 30 MW each, giving the station a total generating capacity of 120 megawatts (MW).

Four individual boilers were used, each having its own substantial chimney and giving this local landmark its distinctive appearance. It closed on 26 October 1981, with a generating capacity of 113 MW.

The station was demolished in 1988. The demolition of the station sparked local interest when one of the giant chimneys was toppled accidentally and fell across the site, prematurely demolishing much of it. Contamination at the site was a concern.

The site today is an housing estate, areas of which are still under construction as of December 2015. 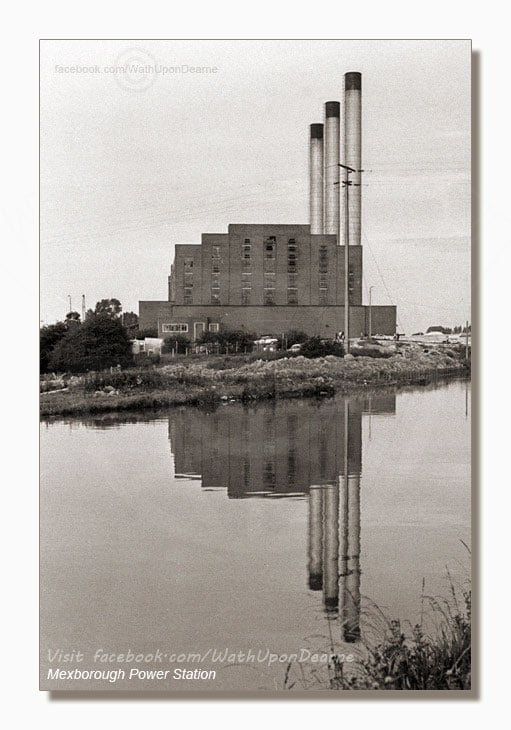